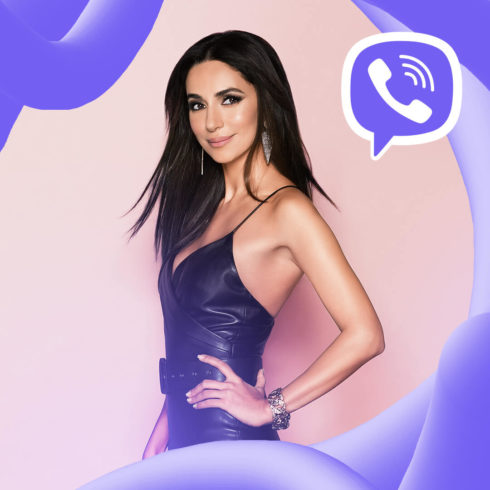 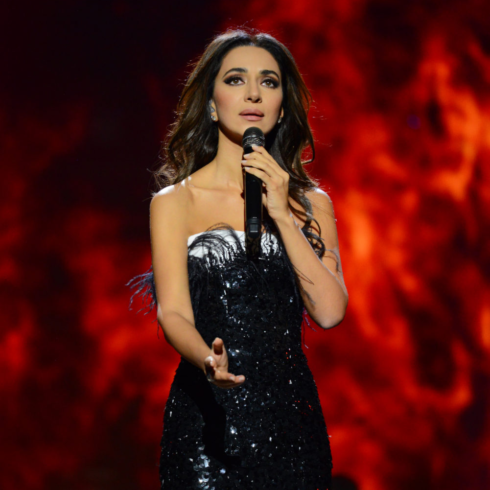 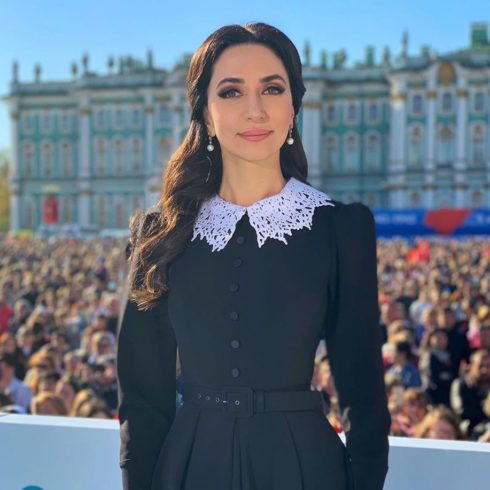 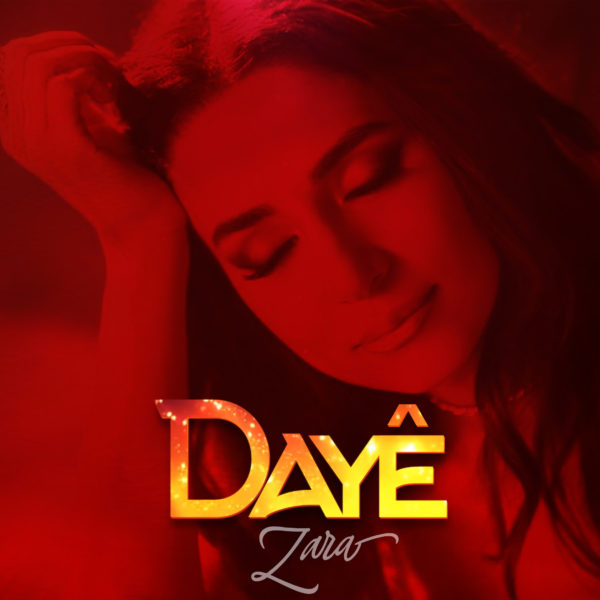 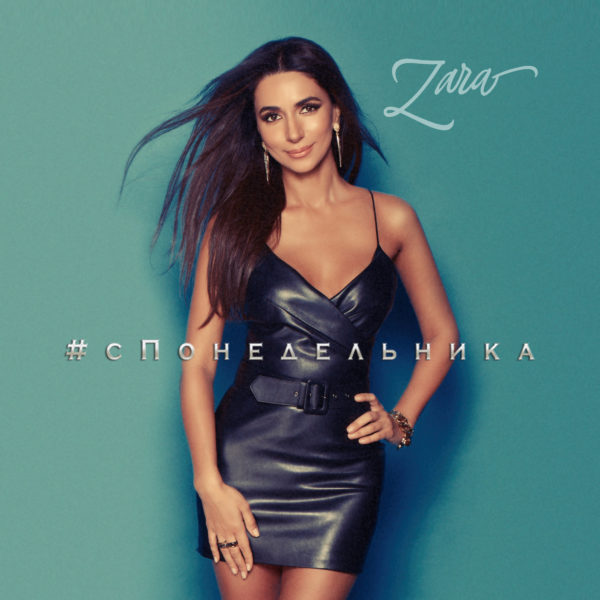 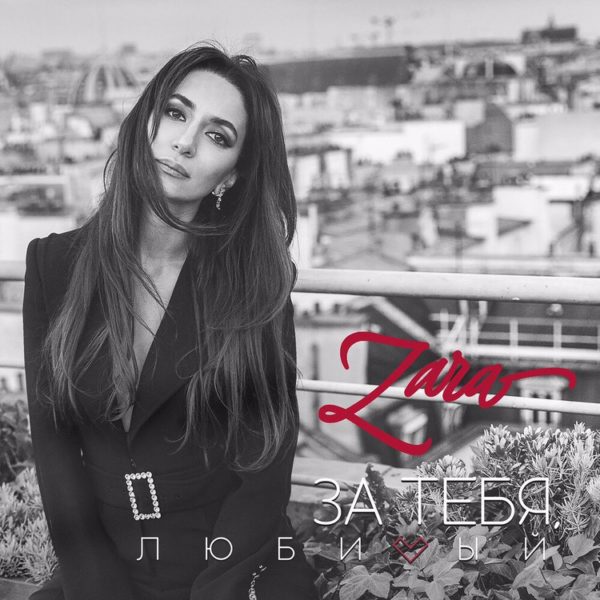 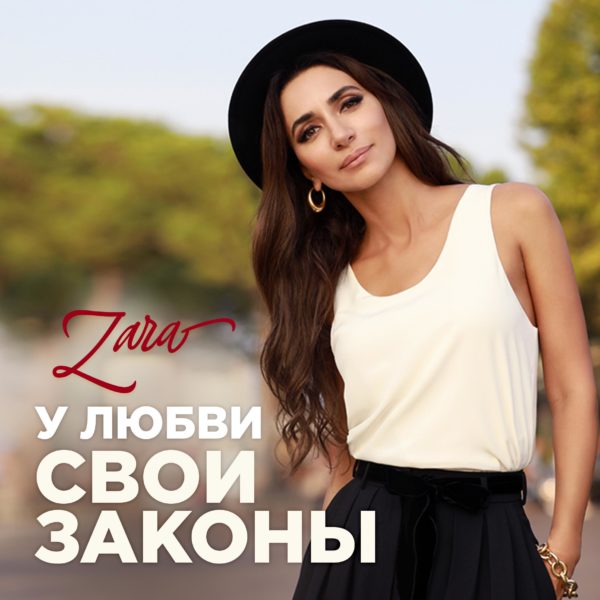 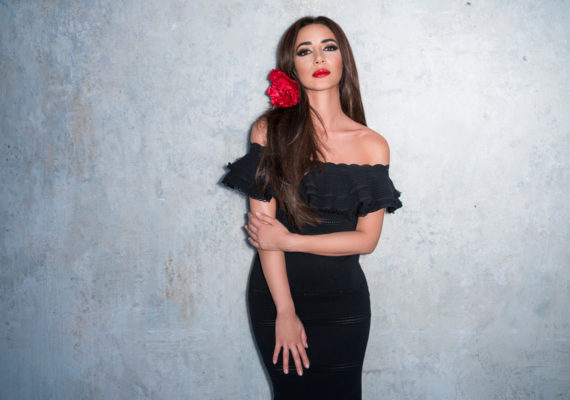 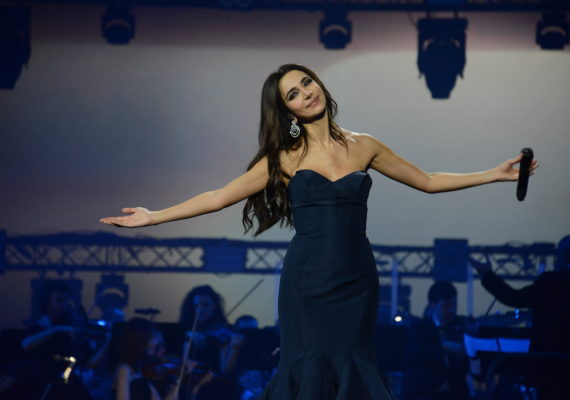 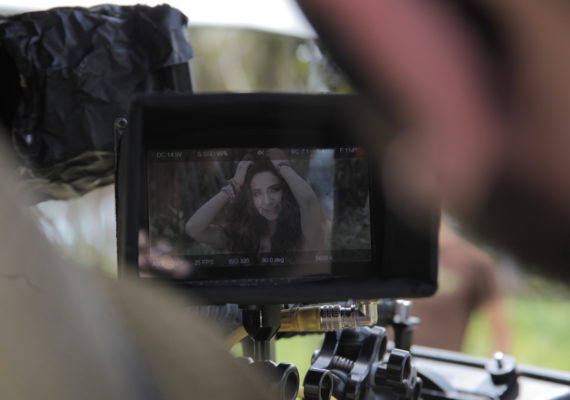 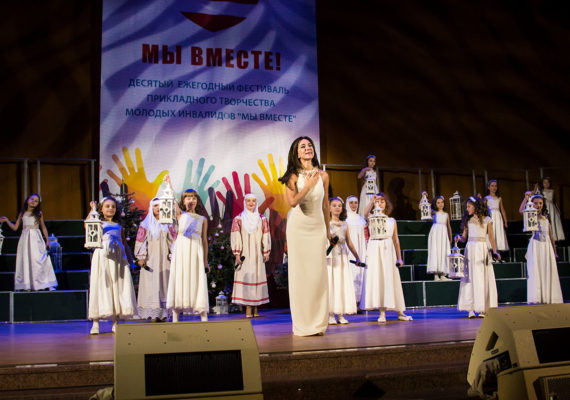 The musical career of the singer started when she was 12 years old.

She became widely known in 1997: Zara became a laureate of a national television contest “The Morning Star” with a song “The Heart of Juliette” and received the grand prix of an international festival “Let the children laugh” (Egypt).

In 1998 the singer received the grand prix of a contest “Hopes of Siberia”, of an open contest of the performers of a new children’s song “Birthday” and of the international television contest “The Hit of the Year” (“Shlyager goda”). For two years on end Zara received a diploma of the Laureate of first grade and the Grand Prix of a contest “The Hopes of Europe” (Russia). At the Festival “Voices-1999” (Russia) she was given people’s choice award. At the age of 16 Zara gave her first recital at Arkadiy Raykin Variety Theater (St. Petersburg), and in 2002 she gave her first concert accompanied by a symphony orchestra on the stage of a Big concert hall “Oktyabrskiy” (St. Petersburg).

In 2006 the singer reached the final of a TV show “The Star Factory-6” broadcasted on “The First Channel” (analog of “American Idol” (USA), and in 2009 she reached the final of the project “Two Stars”, where her duet with People’s Artist of the Russian Federation Dmitry Pevtsov got the second place. In 2010 Zara took part in a TV show “Ice and Flame” (First Channel) together with an Olympic figure-skating champion Anton Sikharulidze. Also the singer regularly participates in the national cultural project “Property of the Republic” (DOstoyaniye REspubliki”) (First Channel).

The artistic background of the singer consists of 9 full-format studio albums. Zara is a holder of a national music award “The Golden Gramophone” and 4 diplomas of a festival “The Song of the Year”.

In 2004 the singer graduated from the prestigious St. Petersburg Academy of Dramatic Art. She performed in the plays “The Voices of the Age Gone by”, “Idiot” and “Celestial Swallows” on the stage of “The Training Theater in Mokhovaya”. The singer is also famous for her roles in the television series “Favorskiy”, “Spetsnaz po-russki – 2”, in the films “Pushkin. The last duel”, “White Sand” and others.

The artist considers the popularization of the Russian song culture in the world her cultural mission. Among other things her repertory consists of various compositions of Soviet authors (Vladimir Vysotskiy, Bulat Okudzhava, Sergey Esenin, Aleksandra Pakhmutova, Robert Rozhdestvenskiy, Andrey Voznesenskiy and others), as well as of the songs from Soviet films.

The singer pays great attention to the charity work. She is a member of a board of trustees of the charitable foundation “Step forward” which helps children and adults with disabilities, and also she is a member of the foundation “Answering the call of the heart” which deals with blind and visually impaired children. The artist openheartedly takes part in the events of Moscow festival of arts and crafts for disabled people.

In 2008 Zara received the silver order “Worship to the Art” from a Charitable social movement “Kind people of the World”. In 2009 the tickets to the charitable concert of the singer in a Big concert hall “Oktyabrskiy” (St. Petersburg) were distributed among the veterans of the Great Patriotic War and the citizens of blockade Leningrad.

In 2009 the singer was granted a special reward of the Federal Security Service of Russia in the nomination “Musical art” for the performance of the song “It’s only a war…”.

Since 2010 Zara performs at an annual charitable festival “White Cane” which aims at creative rehabilitation of visually impaired children and youngsters. In 2014 the Festival was held in the framework of Olympic games in Sochi (Russia).

In 2011 and 2012 Zara participated in the Days of the Russian culture in Cannes (France) where she performed a world-wide known song “Eternal Love” (“Une Vie d’Amour”) in front of its author Charles Aznavour.

On June 30, 2012 Zara became a special guest of Moscow International Film Festival (MIFF) and performed a song from the film “Umbrellas of Cherbourg” (“Les Parapluies de Cherbourg”) in front of Catherine Deneuve and at the closing of MIFF in 2016 the singer performed the song from the first Russian-American project – a film “Blue Bird” (1976).

Since 2012 Zara has been a master of ceremony of various social and charitable event such as “National Unity Day”, “Navy Day”, “Defender’s Day”, “Professor’s Day”, “Day for the Elderly” which were held in the best concert halls of Moscow, St.Petersburg and other Russian cities and towns.

Zara in one of few Russian artist who aims at unification of the peoples of the world. Being a living example of a medley of cultures the artist successfully gives concerts in CIS countries, Israel, France, China, Germany, Spain, the USA performing in Russian, Spanish, French, Armenian, Belorussian, English, Turkmen and Hebrew.

For many years Zara has participated at the international festival “Slavyanskiy Bazar” at Vitebsk (Belorussia) which unites countries in order to create a peaceful community. In 2014 she received an award of the Union State for creative incarnation of the idea of friendship of the peoples of Belorussia and Russia.

Since the beginning of 2015 Zara has been a permanent juror of a song contest “New Star” organized by a TV-channel “Zvezda” with the support of the Defense Ministry of the Russian Federation.

On September 7, 2015 Zara was awarded a title “Honored Artist of the Karachayevo-Cherkessian Republic” for her longstanding creative activity and her culture merits.

In December 2015 the artist was singing in Beijing (China) where she performed a song from a film “A Hunting Accident” (Russian – “My Affectionate and Tender Beast”) at a closing ceremony of the Years of friendly youth exchanges between Russia and China and at the inauguration of the Years of Russian and Chinese mass media.

On June 10, 2016 the artist became a special guest at the German-Russian music festival in Berlin (Germany).

On October 26, 2016 Zara was granted a title “Honored Artist of the Russian Federation” for her achievements in the developing of the national culture and art and for the longstanding fruitful activities.

On December 5, 2016 at UNESCO Headquarters in Paris Zara received a title of honor “UNESCO Artist for Peace” for her commitment to the Organization’s ideals and goals, for forming and and strengthening of the idea of peace and mutual understanding among nations.

Since 1996 the singer has been actively participating in all gala concerts confined to State holidays: “Internal Affairs officials Day of the Russian Federation”, “Navy Day”, “Russia Day”, “National Flag Day” and others. It is a special honor for Zara to perform each year in front of the veterans at Victory Day on May 9.

Her father – Pasha Binbashievich Mgoyan – is a candidate of physical and Mathematical sciences.
Her mother – Nadi Djamalovna Mgoyan. Zara has a younger brother Roman.
She is a mother of two sons – Daniil and Maksim.

Medal “For Faith and Goodness” (September 4, 2009) – for brilliant performance at the squares of thousands of five town of the Kuzbas.

Medal “65 Years of the legal service of the Interior Ministry of Russia”.

Honored Artist of the Russian Federation (October 26, 2016) for her merits in the development of national culture and art.

UNESCO Artist for Peace (December 5, 2016) for commitment to the Organization’s ideals and goals, for forming and and strengthening of the idea of peace and mutual understanding among nations.

2011 — national music award “The Golden Gramophone” for a song “Ameli”

2016 — national music award “The Russian Gramophone” for a song “Leningrad”

Honored Artist of the Russian Federation, Zara received the title of the UNESCO Artist for Peace. The ceremony took place at UNESCO Headquarters in Paris on December, 5.

Zara was awarded the title for her commitment to promoting education of the disabled children and adults and to the Organization’s ideals and goals. “I thank Madame Irina Bokova very much for such appreciation of my work. I sing in many languages and in many countries and I am sure: music can unite people, it makes all the barriers between generations and nationalities vanish. In the capacity of the UNESCO Artist for Peace I will do my best to draw world’s attention to UNESCO’s activities and I assure you that I will use the opportunities given to me in order to build peace in the minds of men and women” – said the singer in her speech.

Since 1995 the title of the UNESCO Artist for Peace has been given to cultural figures that use their influence, popularity and authority to draw the attention to cultural and social problems. 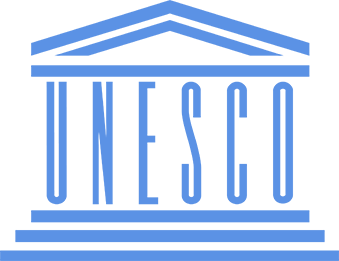 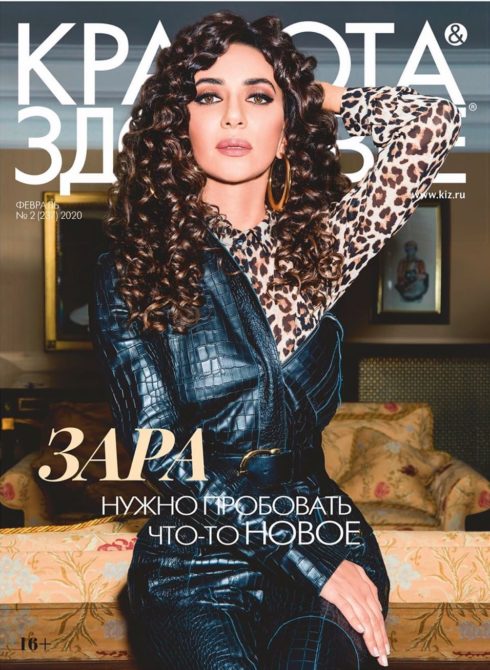 ZARA ON THE COVER OF THE MAGAZINE “BEAUTY AND HEALTH” 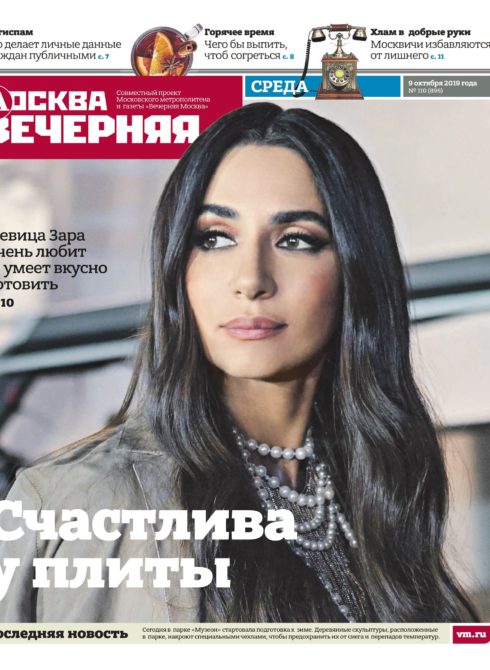 ZARA ON THE COVER OF THE NEWSPAPER “EVENING MOSCOW”

ZARA ON THE COVER OF THE NEWSPAPER “EVENING MOSCOW”

For lyricists and composers: