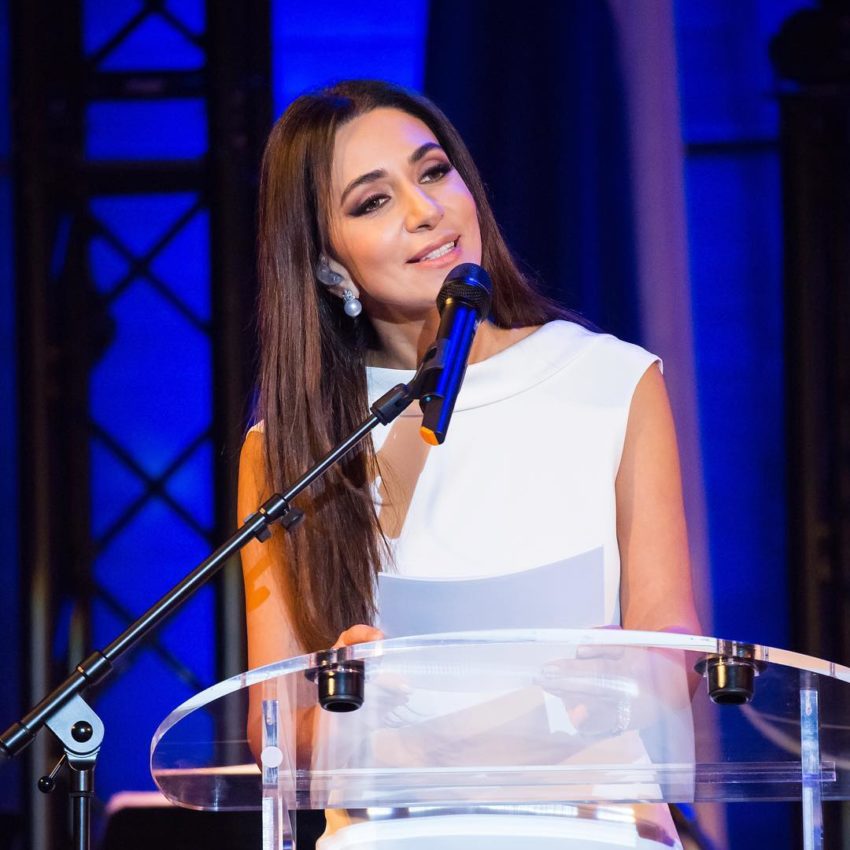 December, 3d the whole world celebrated the International day of invalids and the next day in the UNESCO headquarters in Paris a popular Russian singer Zara was performing with her solo concert.

That evening the singer presented compositions in eight languages. Zara wasn’t the only one who performed there. The audience that came to the big hall of the Organization could hear a ledgendary composition “Padam Padam” which the Russian singer sang with a great French lady Mireille Mathieu as a duet. Both artists got acquainted in 2016 in Moscow where they sang as a duet for the first time at the festival “Spasskaya tower”. Since then Zara and Mireille Mathieu made their lovers happy with collaborated songs not once.

“This concert today is a very important and joyful event for me”, Zara said. – A year ago the UNESCO leaders highly honored me: I became an Artist for peace. So, today I show the results of my work in this field and make a kind of a report. Yesterday the whole world celebrated the International day of invalids. Thus, I have two reasons to arrange a concert, because just to perform and get acquainted with a new director of the organization madam Azule is not enough for me, I want also to show that in Russia there are plenty of artistic people with limited abilities but they are so talented. Today they can perform together with me.

Zara performed a childish ensemble of gesture singing “Singing hands” from Saint Petersburg to the parisians, a blind musician Valentin Tkachenko having an academical vocal, Julia Samoilova who should have presented Russia at the Eurovision contest 2017 in Kiev, performed with her. All these people Zara calls her friends, by the way, it’s a kind tradition for her to invite people with limited abilities to take part in such concerts.

A year ago Zara met Irina Bokova who was the CEO in UNESCO. Then they started to work and cooperate very closely. Zara is sure that with a new director of UNESCO Odri Azule they will be able to work in the same way.
“It’s a very honorable for me to be one of the first cultural persons from Russia who begin to work with a new CEO in UNESCO for peace, it took place at the time when Irina Bokova was a head of the organization. I’d rather call this time the epoch of madam Bokova – a really outstanding person. I hope that collaboration with a new UNESCO leader will be productive as well”, Zara added.

Zara tries to help people with limited abilities as she can – both by different charitable organizations and as a private philanthrop. “In September I joined a team of the World Football Championship 2018 ambassadors. Doing this job I’ll try my best and not a single fan, if he is an invalid, feels uncomfortable. There are a lot of conditions being made for them and they can enjoy football matches like never before”, Zara noticed.
Parisians could appreciate how talented the Russian singers were, and Zara handed an unusual and memorable gift to Odri Azule – a picture that was painted by a child with limited abilities. “A Firebird is depicted here. It’s a symbol of peace, love and hope”, the Russian singer pointed out.

Odri Azule thanked Zara for dealing with unhealthy people for so long and wished luck to her. In addition, all Zara’s family came to the big hall of the headquarters to support her and also a famous Russian sculptor Zurab Cereteli who since 1996 is a goodwill Ambassador in UNESCO.

Such internet media as Moscovsky Komsomolec, KREMLIN PRESS, the informative agency “Version” and many others observed Zara’s performance in the UNESCO headquarters. 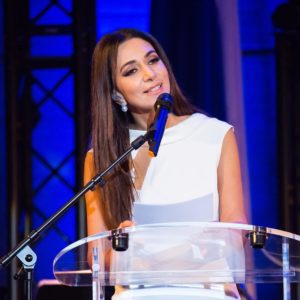 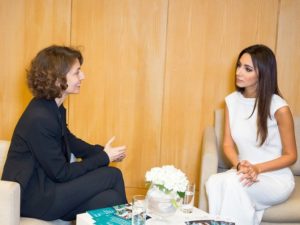 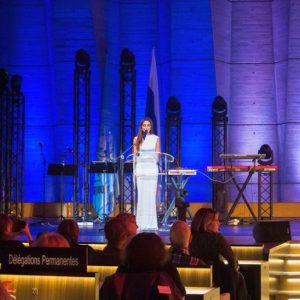