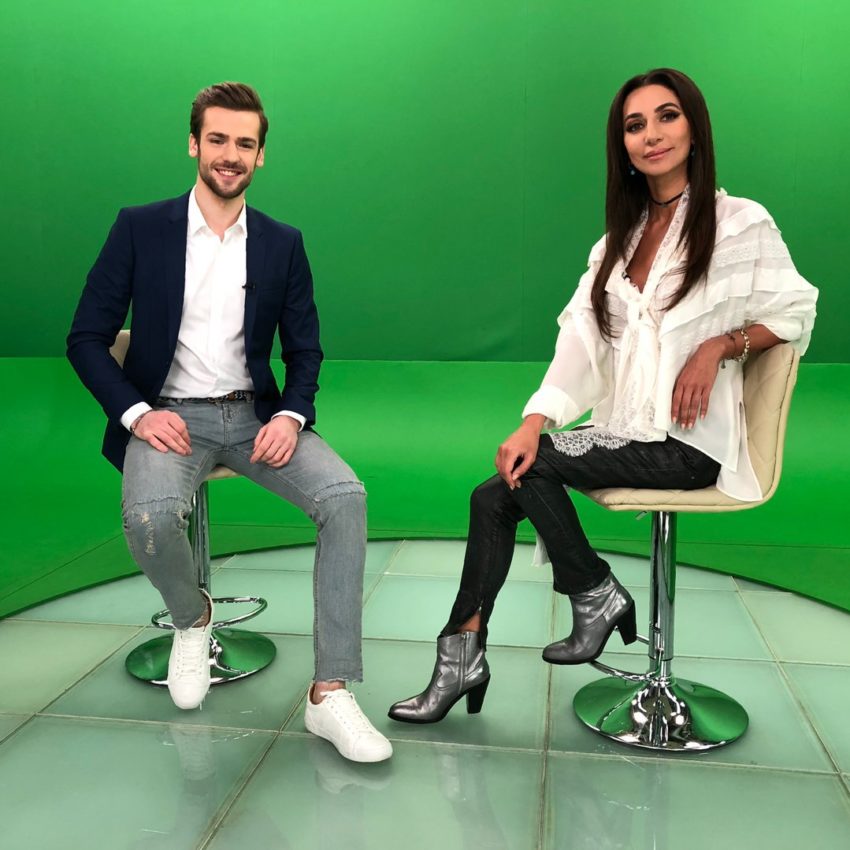 Zara became a guest of a new program “Stol zakazov” issue this year. She told about Christmas holidays, new video shooting and “addiction” to the social nets to the VJ of the RU.TV channel Artem Vast.

At the beginning of their conversation Artem asked about photo that was discussed very actively in the net and made Zara’s fans worry of her extreme weight loss. The fuss made because of the photo, astonished the singer. Zara admitted with a smile that her health in a good condition and the reason is the camera angle. To the girls who are dreaming to look twice thinner than they are, Zara gave a simple but useful advice.

The new video “I fly” being downloaded recently, hit all the records: the first three days after the premiere the video was seen by more than a million of people! As Zara says, the song “I fly” caused a big reaction after her first playback because this composition differs from her repertoire greatly.

The song was written by the famous Ukrainian singer, poet and composer Tatiana Reshetnyak, with who Zara had friendship. The artist confessed that this song was written about her own, it has a part of Zara’s life story.
The director was a Petersburg native citizen Karina Kandel, the video shooting took place in New York where Karina is living for several years. The main male role in a sensual video was played by a model Leandro Garsa who earlier worked with a worldwide famous jewellery house.

It’s curious to know that the video was shot totally by the photo camera, and due to this fact, the shooting could happen in the furthest parts of the city and avoid the necessity of territorial cordon, for example.

To watch how Zara made relashionships with a handsome Leandro Garsa on the shooting ground, about her first experience in work with a female director, or having a status of the Artist for Peace by UNESCO and significant events of the year, a jury role in a vocal contest, the ability to be patient and “addiction” to social nets, you can in the program “Stol zakazov” on RU.TV channel!